All new Hein Natural History Photography Blog posts are being made at this URL:

I am keeping this WordPress blog active for the time being in order to preserve historical posts that may be linked externally.

Each Fall I create a unique limited-edition calendar containing some of my favorite images captured during the past year. I try to include a mixture of landscapes, plants, and animals and also try to match the image with the season as best I can. The calendar is printed single-sided on 8.5×11″ cover stock and is spiral bound at the top. I only print a small number of these unique calendars.

The 2014 calendar includes images from Panama, Oregon, and multiple places in California (including, of course, the wild places on and around Mount Diablo)

An exhibit of the artwork of the Mount Diablo Audubon Society

I will be showing the following four pieces in the upcoming exhibit at the Lynn House in Antioch, California.  The theme of the exhibit is “Nature in all mediums” and it features the artwork of the Mount Diablo Audubon Society.

After many years of cobbling together my web galleries through a combination of hand coding and a number of different HTML gallery generators (and getting progressively farther behind in keeping them updated), I have transitioned to a new site hosted by Zenfolio. The new site will be much easier to update and expand – the new Penguins Gallery is an example of a gallery I have been hoping to create for years, but the activation energy for coding it was too high.

The site has significantly enhanced e-commerce capabilities – you can order high-quality prints of any photo in the galleries and have it printed and shipped to you directly by Mpix photo labs. These prints are lower cost than the hand-printed exhibition prints I previously offered (and which are still available for select images). You can also create your own custom photo note card sets rather than being restricted to the fixed sets I offered previously.

The new site is “live” and linked in to my home page. I am still in the process of transferring older images and galleries to the new site. This may take some time to complete and I may not transfer over all of the older images. However, the old, “legacy” galleries will still be available through the “Legacy Galleries” link on the home page or on the bottom of each page in the new site.

I welcome any constructive comments, criticisms, or questions about the new web site.

Link to the “Legacy” Galleries: http://www.heinphoto.com/gallery.htm

Originally built by the Civilian Conservation Corps in 1942, the Mount Diablo Summit Museum is a historic icon. The summit of the mountain is actually exposed inside the Visitors Center and the views from the observation deck are legendary. Every year on December 7th, the rotating beacon on top of the museum, originally a navigation aid for early air travelers, is lit to honor the survivors of the attack on Pearl Harbor.

The museum exists in a harsh environment subject to high winds, heavy rain (and sometimes snow), and temperature extremes. The museum hasn’t had a significant upgrade since the current Visitors Center opened in 1993. Mount Diablo State Park has announced a planned renovation of the Summit Museum/Visitors Center that will include new exhibits and facility upgrades. To support this effort The Mount Diablo Interpretive Association (MDIA) has launched a campaign to raise $30,000 for the renovation.

I have donated two, approximately 16×24″ unframed prints to the cause that MDIA will be auctioning on EBay starting on September 15th.

For more information about the EBay auction, the renovation project, and the MDIA campaign, please visit the Summit Renovation page on the MDIA web site and consider either bidding on the prints or making a donation to the cause.

Click on the link or the image to reach the Ebay auction page for each print. 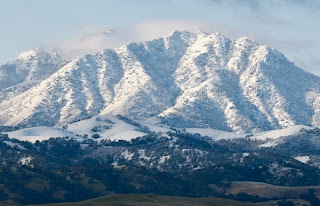 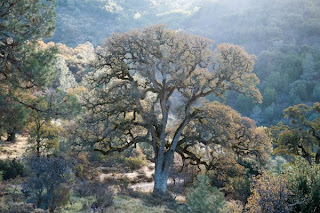 The Many Faces of Mount Diablo

The Many Faces of Mount Diablo

A gallery of my favorite landscape images
taken of, on, and from Mount Diablo

Posted in Heinphoto News, Save Mount Diablo | Leave a comment 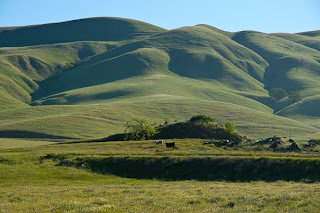 I have been intimately involved in reuse planning for the 5100-acre Concord Naval Weapons Station. As a result, I have had the opportunity to photograph the base from many different places – from the air, from the ground, from the perimeter, and from the ridges of the Los Medanos Hills above. I have uploaded a gallery with a small sampling of those images:

If you have an interest in learning more about the Concord Naval Weapons Station you should also check out the following resources: 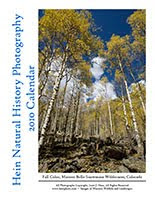 Each Fall I create a unique limited-edition calendar containing some of my favorite images captured during the past year. I try to include a mixture of landscapes, plants, and animals and also try to match the image with the season as best I can. The calendar is printed single-sided on 8.5×11″ cover stock and is spiral bound at the top. I only print a small number of these unique calendars.

I also create a separate “Images of Diablo” calendar for Save Mount Diablo that is a gift to supporters who make an end of year donation of $250 or more.

This is the first in a series of blog entries I am going to make in which I post my 5 favorite images of a property that Save Mount Diablo has acquired. The selection of what is my “favorite” changes from time to time and I often revisit properties and capture new images, so consider these to be “snapshots” at a particular point in time. In addition, “favorite” doesn’t always equate to “best” – often my favorite images are those that I think best represent the nature of the property, which doesn’t necessarily mean they are technically my best.

I will start this series with SMDs latest acquisition – Viera North Peak.

As the property name implies, Viera North Peak is located on the eastern slope of Mount Diablo’s North Peak. This 165-acre property is rugged, spectacular, and difficult-to-access, and was a top acquisition priority for the organization for many years due to its location, high resource values, and high visibility on the slopes of North Peak.

All of these photos were captured during May of 2009.

This image was taken in the early morning light on my third visit to Viera. I hiked in to a spectacular rock outcrop on the property that is a great vantage point to view the surrounding landscape – including the summit of Mount Diablo (and summit museum) shown in this image.

This image was taken on my second visit to Viera. We hiked to the property in the late afternoon and found this rare wildflower – a Mount Diablo endemic – on the same rock outcrop from which Image #1 was taken. I hiked back to this location a few days later and found that most of the flowers had gone to seed.

The Viera North Peak property has many small, beautiful, rocky meadows. We speculate that the rocks in these meadows prevent wild pigs from “rototilling” them, so they remain filled with wildflowers like these Ithuriel’s Spear.

Although much of Viera North Peak is composed of steep rocky hillsides covered in chaparral, it also has two beautiful tributary streams that were still running strong late in the spring. Along these streams the chaparral gives way to lush streamside vegetation like this Big-leaf Maple.

Another cool wildflower found on Viera North Peak. I photographed this specimen against the lichen-covered rocks of the outcrop mentioned above.

We received terrible news today that our friend, Roger Epperson, died in a drowning accident in Hawaii.

Roger was a great, great human being with an equally great sense of humor (he was one of the “good ones” as Claudia says). He was also the park supervisor for the East Bay Regional Park District’s Black Diamond Mines, Morgan Territory, and Round Valley Regional Preserves – not coincidentally these are my three favorite Regional Parks.

It would be impossible to list all of the significant contributions that Roger made to open space preservation and stewardship in the East Bay. He received a Mountain Star Award from Save Mount Diablo in 2002 in recognition of those contributions.

I took this photo of Roger on the evening of the third day of Save Mount Diablo’s 2006 Four Days Diablo hiking trip. We traditionally spend that third night at the Morgan Territory Backpack Camp. Roger was responsible for creating that campsite (along with similar campsites in Black Diamond Mines and Round Valley), and he always made sure it was ready for us. He and his wife Carol (and sometimes their dog Kua) would often join us there for dinner. After dinner we hike up to a ridge above the campsite to enjoy sunset and one of the best views of Mount Diablo that exists – this photo shows Roger in his element, enjoying that spectacular view of the mountain from one of his favorite places with a group of friends who share his love and passion for nature, open space, and parks.

Our sympathy goes out to Roger’s wife Carol, his family, and many friends. However, I doubt that Roger would have wanted us to dwell on the sadness. So please, go take a hike in Morgan Territory, Black Diamond Mines, or Round Valley, and think about Roger every time you do – whether you recognize it or not his fingerprints are all over those amazing places.

Peace Roger, we won’t forget you.

Friends and family gathered on New Year’s day to remember Roger. Here are some of my photos from the hike: